Recently I've encountered two wonderful dystopian realities, both science fiction.  They both challenged me to think about the U.S., our rights and the things I have to be grateful for.  Certain political parties or movements are not the only people who can express their appreciation for the rights and privileges that Americans enjoy.

I read "The Year of the Flood" by Margaret Atwood and watched the movie "Idiocracy".

1 - I'm grateful for the right to a fair trial, adequate counsel and the ethical treatment of prisoners.  While there are notable exceptions to this in the United States, these rights are critical to a moral, free society. For example, there is a scene in "Idiocracy" where the main character is rolled into the courtroom in a cage and someone throws food at him. Then, his court-appointed lawyer testifies against him for "being a dick".

This is an exaggeration, sure.  But it isn't difficult to imagine a world without these rights.  In some parts of the world, these things happen today, or no trial at all.  (As an aside, this is a great essay from "This I believe" about the right for everyone to have counsel - no matter who they are and what they are accused of doing.)


2 - I am not legally responsible for my parents' debts; against unsecured assets (like medical bills or credit card bills).

Hundreds of years ago, whole families would be thrown into debtor's prison.  Children would be responsible for paying their parents' debts, no matter what choices the parents' made, and even if children had no means of repaying those debts. 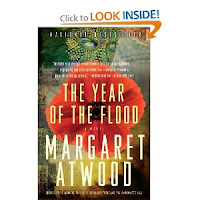 In The Year of the Flood, the main character, Toby, is responsible for her parents' debts.  Her father goes broke attempting to care for her mother, who (whom?) we find out later was a human test subject for a corporation.  A corporation was poisoning the mother, not paying for her care, and the family went broke trying to pay the medical bills.  Her father takes his life after her mother dies - Toby is forced to go "off the grid" to not be thrown into jail.

Given our current state of affairs, it's not difficult to imagine a world where this was likely.  Where corporations control the police force.  If a person can't pay the corporation, or is wronged by that organization, there is no recourse.

I am not always happy with my country.  I am not happy with the outcomes of certain court decisions or legal battles.  I am not proud of the actions of my country in the past.

But that doesn't mean that I don't cherish our current checks and balances, our current legal system.  I appreciate the sacrifices that so many have made to support those rights and that system. 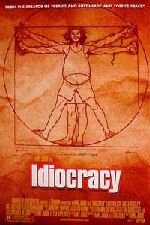 I also have admiration for some forms of science fiction, which can shine a spotlight on our current culture and ask "What If?"  While some premises are absurd or heavy-handed; others are not far from reality.

I cannot imagine a world where everyone appears to be a member of the program "Jackass" or the cast of "Beavis and Butthead" (the creator of "Idiocracy", Mike Judge is interviewed on "Fresh Air" here; he talks about why he wrote and created the dystopian reality of "Idiocracy.").  These programs have their place, and may be an entertaining distraction.  But they cannot be allowed to dominate our lives, our society or our conversations.
Posted by Aerin at 11:16 AM