Or, at least, our perspective can change.

I've written about this before, at least about changing opinions due to new information.

But I've found it works the other way as well.

A few years ago, a woman I work with really upset me. She chewed me out - at least she spoke harshly to me. I admit, I had partially screwed up. But her rebuke still got under my skin. I felt a mixture of embarrassment and righteous indignation. I didn't feel I needed to confront her about it (since I had sort of screwed up after all), and I just figured maybe she had a bad day or something.

When I found out her office was going to be moved closer to mine, I was wary. But I kept an open mind. And so far, she and I have gotten along just fine. I have a deeper appreciation for her. She doesn't read this blog, as far as I know. We're not best friends (and we don't need to be), but we respect one another.

People make mistakes, or at least they have rough edges. And I believe, contrary to popular belief, some people can change. We can't necessarily expect them to change, sometimes we have to confront them or request things, but it's not true that your first impression of someone or a situation is always the right/true one.

I was discussing this with a good friend of mine the other day. Her wise observation was that just because someone holds a distasteful (to me) belief, doesn't mean they always will, or that they can't change that belief. 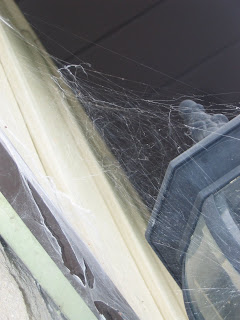 I'm certainly not saying that all people can change, as some things don't change.

Some aspects of a personality may never change, and it may not be fair to ask a person to change a core part of themselves. Or to assume that they are capable of changing. Asking someone to not be depressed, for example, or to not read (if they are a voracious reader) is probably not helpful. But just because I drink coffee each morning today, doesn't mean I will for the rest of my life. Or if I find out information that coffee is incredibly unhealthy for me, I might choose to stop drinking it.

It's finding that balance, of what you can put up with in another person/relationship, and what you can't abide that's the trick. To figure out what you can accept and letting the rest go.

I've found peace in personally accepting that people and relationships are a work in progress. To believe otherwise is to miss out on quite a lot.
Posted by Aerin at 11:18 AM