Not long ago, I read a blog post that I disagreed with.  I know it's a shocker (On the internet!  Imagine!).  This person was saying that they believed a certain mormon doctrine to mean x.  Or, their mormon faith led them to make a particular personal decision.  They did not say at any point that everyone should believe x.  Or that all mormons believe x.

The question is whether or not that was implied. 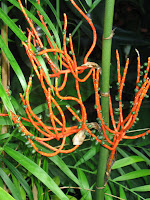 I never learned the tool "take what you like and leave the rest" growing up.  Yes, some mormons get that, and do that.  And they don't have angst over being "cafeteria mormons".  They know that it is healthy to take everything with a grain of salt and make your own decisions based on evidence.  They make decisions on past experience, other people's experience/advice, published research and studies.

I think this is a vital tool.  Being able to disagree with someone's opinion and not think any less of them as a person.  Of course there are opinions that are difficult to respect.  And at times, the personal and political do overlap. What I've found is, for some people, disagreement can be very threatening.  chanson had a post about this type of thing (disagreeing) - where she disagreed with her debate coach and I can't find her post to link to.

I simply think it is very important for each person to be able to make up their own mind about something, weighing evidence.  Just because one person believes something, even someone you respect, love or trust does *not* mean you have to agree with them.  Does not mean that is right for you.  And, just because one member of a certain religious organization believes something is doctrine, doesn't mean it is. Particularly if whatever belief this is is not supported by religious leaders, scriptures (like the bible), documentation, etc.  It's true, mormon doctrine is incredibly hard to determine.

It must sound like I'm talking around an issue, which I am.  But I missed this concept growing up.  It was hard to figure out if doing something like "watching tv on Sundays" was something I needed to do, or not.  And if I did watch tv on Sundays, and there were some faithful mormons who did not, did that make me less devout or faithful?  Was it sinful to watch tv on Sundays? Particularly if the implication was that mormon leaders thought that was important and a sign of faith.

Not only that, but to me, it was important to learn that I am no better or worse than anyone else, no matter what.  That was also a shocker.  Just because, say, I didn't watch tv on Sundays or drink - doesn't mean I'm a better person.


Again, I've spoken with people and mormons who get this. Who are just trying to get through their own sh*t.

But it always bothered me that sometimes mormonism, some parts of mormon culture seemed like a competition to see who could be more faithful, and more self-suppressing.  It seemed like a rat race, and I'm so glad I got off the hamster wheel.
Posted by Aerin at 12:20 PM

From my experience, my friends that were raised by parents that had a more laid back attitude about church & all the little rules are the one still faithfully attending. They aren’t as bothered by the inconsistencies or bizarre beliefs.

My dad was quite fanatic, which I think makes accepting the cafeteria plan worse. It also makes people like that quite self righteous and too rule oriented (letter of the law).

I think I know which story you're talking about -- it wasn't on my blog, it was in this comment on MSP.

It's true that being confronted with unexpected or unfamiliar positions can be very destabilizing! It's up to you, though, whether you see the change as a threat or an opportunity. ;)