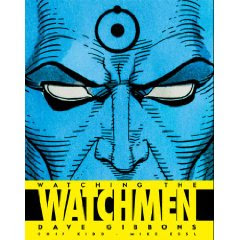 A movie that has stuck with me over the months has been "The Watchmen". As someone who has seen quite a few comic book movies over the years (think the X-Men and Spiderman franchises, even Sin City) - I wasn't really prepared for this movie.

Because, instead of following the typical hero cycle - a person is left to wonder who the heroes really are. The main characters do not appear to be - and rarely seem to help people.

And that at times, people tend to do more harm by interfering (causing a premature end to the Viet Nam conflict). Would we be where we are if that had happened?

The plot questions a person's goals - and whether or not it is sometimes better to fail than get what you want (world peace, for example).

(Just as an aside for my readers/friends who are disturbed by such things, there is definitely explicit violence and sex, including an attempted rape. Also, if you weren't aware, one of the main characters is naked for a third of the film. Most of the critics seemed to focus on the male character's nudity - instead of the film itself, which was unfortunate. I wonder what's so threatening about a male nude? There are plenty of female nudes in film).

PS. To my mind, it probably didn't hurt that they used a Leonard Cohen song in the soundtrack. Although that song (Hallelujah) is almost becoming a cliche - I'm not sure that was where it originally meant to be.
Posted by Aerin at 1:21 PM