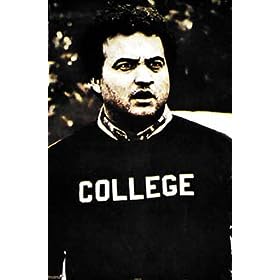 I went to a small liberal arts college of about 1000 students. It's not in the upper echelons of colleges - but it's not on the lower end either. I won't give its name (to prevent search engine hits) - but I had a great time there. I met my husband and made lifelong friends. I learned a great deal - both in and out of the classroom. I was able to study abroad in Russia for three months. I learned critical thinking/problem solving skills that have put me in a great place.

But I think that liberal arts colleges will have to take hard looks at themselves and some traditions in order to survive.

The vast majority of people I went to school with are either, 1 - not working in their field of study or 2 - had to go to grad school.

No one was able to get a well paying job straight out of college. And I did have friends who told me, at the time, that simply because of my liberal arts degree, I should be able to expect a job at a certain salary level.

They really had no idea what they were talking about.

This is all, of course, hearsay. And - the people who went to grad school seem to have found jobs. I'm not sure how they are doing financially, or how dry those first few years out of college/grad school were.

I know I've heard offhand that for every open history professor position at a college, there are over 400 - 4000 resumes. And that salary is under 30K for most colleges, if you're lucky. Who knows about insurance. Obviously, most college towns have a lower cost of living. But 30k is not a lot of money depending on how much you have in student loans (undergrad and grad).

And the cost of those small liberal arts colleges are going up. They have to put in networks, and then wireless networks. Soon I'm sure whatever infrastructure they put in will need to be replaced. Buildings need to be maintained. Inflation hits them as well.

I hope (for my college's sake) that they have better computer science classes now. But back from '94 - '98, they were still teaching C and FORTRAN. Not that C isn't a valuable language, but the idea that someone could take, say, a Java, Visual Basic or Microsoft networking class? Unheard of.

The selling point (for prospective students) is that with a liberal arts degree, you can be considered for any sort of job/career.

What they don't tell you is that it's really only if you have that graduate degree.

And yes, my degree has made a difference in my opportunities and salary. I've been fortunate. But I worked as an admin. assistant and waitressing right out of college. I worked as a waitress in college and also worked as an admin. assistant/temp. Sending out my resume - everyone looked at me and asked what kind of experience I had - if they even called back. I only ended up in my current field because I took more specialized computer science classes after college and the internet was booming.

I remember the silence in the carpool bus on the way home from a job fair our senior year. There were hundreds of companies in a large convention hall. So many of us had on suits and had updated copies of our resumes. This was ten years ago, but every booth was looking for biology, chemistry or computer science. History? Theater? English? Art? Nope.

So - for many students, the only immediate career option is teaching elementary or secondary. But education majors have incredibly strict requirements. And the traditional fields (History, Sociology, Philosophy) looked down on education majors -thinking anyone can teach!

Or, if you have that history major - you can always go to grad school!

All I'm saying is, liberal arts colleges are going to have to take a hard look at their students and what they are promising. It needs to be clear, up front, to students of certain majors what their career opportunities will be.

They need to know, of the past 10 years, how many majors have gone to grad school? How many have jobs in these fields? And - what will be the ability to find a position in the place you want to live - or did most people need to follow the jobs they wanted? And also - if you have student loans, this is how much you will pay, per month. And this is how much you will potentially make per month after college with this major.

No one really wants to do that. No one wants to discourage dreams. No one wants to ask those hard questions. Because, one out of ten or fifty might succeed. But it's not fair to the rest of us not to explain the risks.
Posted by Aerin at 9:50 PM

I am so, so with you on this. I don't know if more information would necessarily have changed my decisions, because I was young and extremely naive about a lot of the world, but I really, really wish someone had spent a little time telling me that, no, I wasn't going to be marketable with the skills I had, and that that was going to be a problem in terms of all sorts of things, like, you know, paying rent and student loans and so forth.

I'm not sure I would have listened--but I wish someone had at least told me.

Thanks Laura. I thought you might appreciate this as well.

I was thinking last night, I hope I didn't sound like I was ripping on education, because an education (to my mind) is always useful.

It's just a matter of taking a look at reality, the job market and messages to students and faculty.

Yes - I too would have probably made the same decisions. But I'd like to hope (perhaps vainly) that I would have taken a hard look (particularly at my major) if I had known the facts.